Conference “Beliefs and Behaviours in Education and Culture” 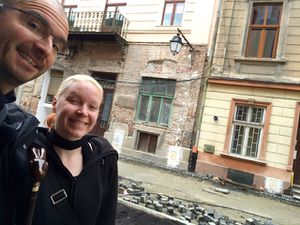 In the past two years, two romanian books about the cultural history of vampires, Romania and the alleged relation to Vlad Țepeș (at least alleged by Florescu & McNally, both from the U.S. East Coast), were published: Searching For Dracula In Romania: What About Dracula? Romania's Schizophrenic Dilemma (Romania Explained To My Friends Abroad) by Catalin Gruia, 2014, ISBN 978-1495471216, and the ongoing studies of Marius Crișan under the tile of his Ph.D. thesis Imagining Transylvania: The Construction of a Mythical Space from Stoker's Predecessors to Dracula. 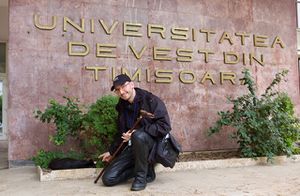 Before, quite often, Raymond McNallys work set a certain standard. As a reminder: “Dr. McNally”, wrote the New York times in his obituary (2002), “a professor at Boston College specializing in Russian intellectual life, began his odyssey as he was reading ‘Dracula' by Bram Stoker, and noticed that many places in the book were real. Because Transylvania and Borgo Pass existed and the train schedules in the book were accurate down to the minute, he reasoned that Dracula might have been based on a real person. He headed for Transylvania, part of present-day Romania, talked to peasants in the mountains and studied monastery records, Russian tales and Byzantine manuscripts. The result was his contention, still a matter of debate among academics but heartily endorsed by Romanian tourism officials, that a 15th-century nobleman, Vlad Tepes, was the basis for the fictional Dracula.“

Probably inspired by this, yet also inspired by modern studies into vampyre subcultures, the ‘Twilight' movies, and gender studies, all of which did not exist in the 1970s, a quite exquisit crowd of vampyre and vampire researchers now met — below radar level since the conference was sponsored by the orthodox church — for a workshop that lasted one day for those who took part in the university lectures, yet much longer for those who chose to take a cultural tour on the next day. (The tour proceeded on Romanian schedule, i.e., it lasted from 9 in the morning until 2 a.m. even though it was considered to end five hours earlier.) 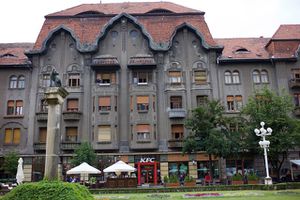 The actual seminar on June 26 was delivered be the following international speakers (in order of appearance which was quite different from the order in the program): 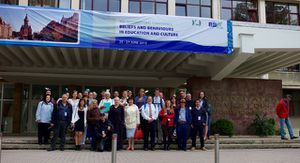 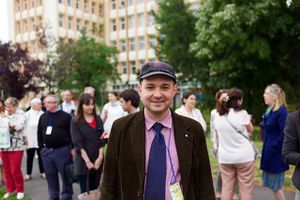 Since the abstracts are available online at http://tsdracula.org/, I just briefly want to mention that the connections to German myths like the ‘Rattenfänger von Hameln’ as well as to Hannibal Lecter were most delighting, some photos about real places that become fictional in the ‘Twilight’ movies and then, due to the demand of tourists (like “Castle Dracula” in Romania) a mixture of both, was pleasant, and the fact that the address of the Count is now known after meticulous research of Hans de Roos is more than satisfiying. It was a lot of work for everyone — in a field, that apart from professor for gothic studies William Hughes who luckily was also present, is probably far beyond funding for most of us.


I all seriousness, we cannot thank conference co-organizer Marius Crișan enough for sneaking all of the speakers, i.e., a whole parallel conference, into the rather conservative environment of this education (and educational) conference. Like I said, our meeting was co-sponsored by the church and embedded into an university environment — both is usually neither the case in the European Transylvanian Society of Dracula meetings that focus on small groups discussing topics on site nor in the more scholastic speeches about genealogy or historic events that I heard before. Many of the authors published articles and books that I strongly recommend. Our own conference contribution (Fischer & Benecke) was published as “Vampyres among us!” (ISBN 978-3-939459-95-8) and released just a few days after the conference.