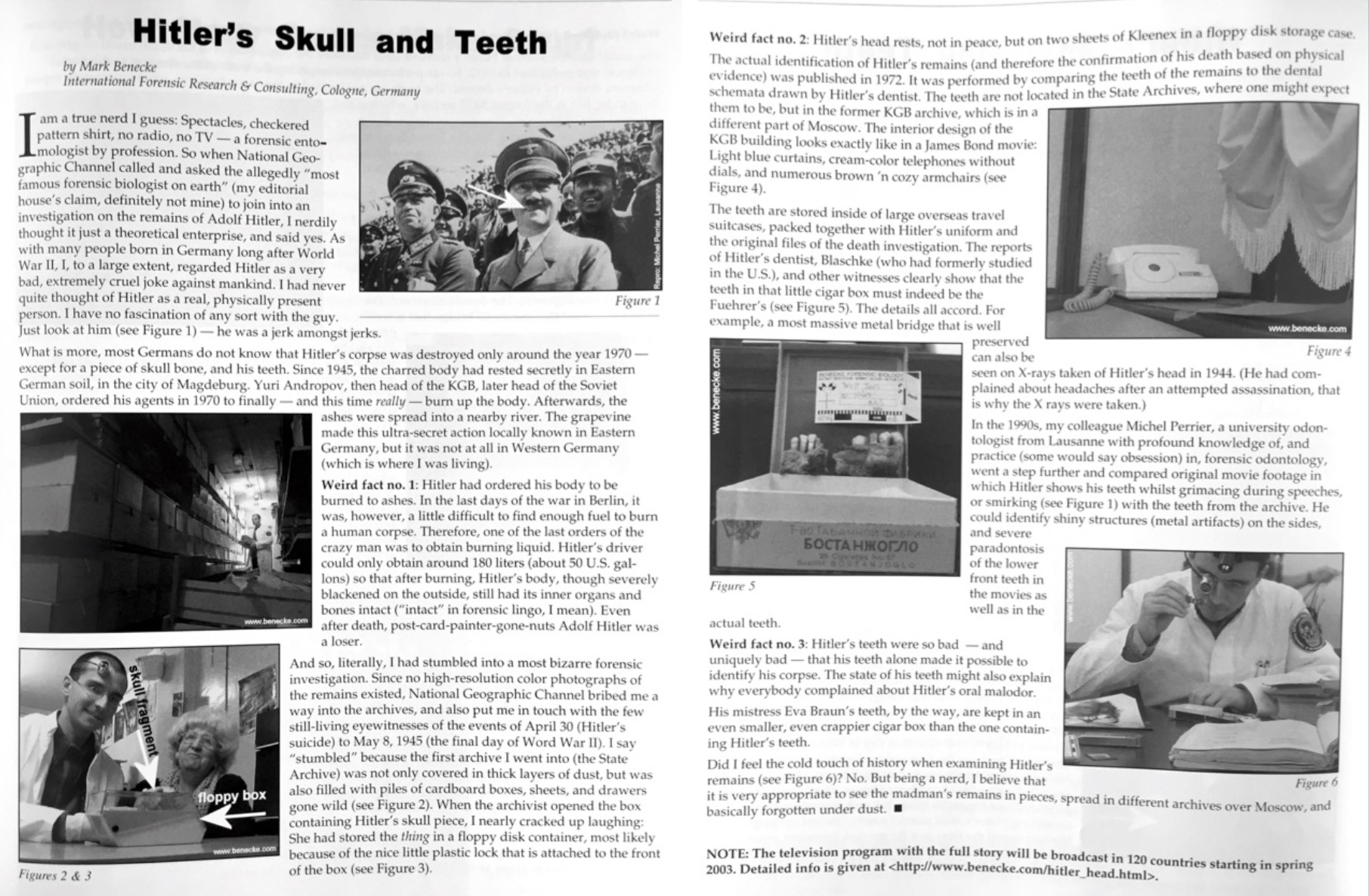 Hitler had ordered his body to be burned to ashes. In the last days of the war in Berlin, it was, however, a little difficult to find enough fuel to burn a human corpse. Therefore, one of the last orders of the crazy man was to obtain burning liquid. Hitler's driver could only obtain around 180 liters (about 50 U.S. gallons) so that after burning, Hitler's body, though severely blackened on the outside, still had its inner organs and bones intact ("intact" in forensic lingo, I mean). Even after death, post-card-painter-gone-nuts Adolf Hitler was a loser.

Hitler's head rests, not in peace, but on two sheets of Kleenex in a floppy disk storage case.

Hitler's teeth were so bad — and uniquely bad — that his teeth alone made it possible to identify his corpse. The state of his teeth might also explain why everybody complained about Hitler's oral malodor.