[More about the Transylvanian Society of Dracula]| 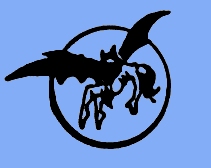 SPECIAL NOTICE: The Vampire Empire now serves as a Research facility only. The following is the history of the society which was originally founded in 1965. Further information is available from the president of the society, Dr. Jeanne Keyes Youngson.

WEB FRIENDS OF THE VAMPIRE EMPIRE

JEANNE CAVELOS: The Many Faces of Van Helsing

THE IRVING SOCIETY: The Irving Society

"Bite Me" (UK; discontinued) & "Happy Halloween" (USA). For further information on any or all of the above, please contact us at: vampirempire146@hotmail.com

Time marches on and we are keeping right in step with our various plans and projects. The Count Dracula Fan Club had a long and successful run (over 35 years!), but when our Dracula Museum moved to Austria, we decided to rethink, refresh and redefine the society. This resulted in the formation of THE VAMPIRE EMPIRE -- and we're never looking back!

As a registered member of the VE, you will receive:

1. Complimentary copy of The Bizarre World of Vampires, a delightful, witty and informative book on the vampire in folklore, as well as a copy of Private Files of a Vampirologist: Case Histories & Letters, by the president and founder of the society, Dr. Jeanne Keyes Youngson.

2. Quarterly newsletters with our Super Sweepstakes, list of recommended books, movie reviews, plus special mailings with surprises galore. Best of all, and as in the past, we will have lots of opportunities for members to participate in club activities.

3. FREE membership in our exclusive PEN PAL NETWORK which is co-sponsored by THE VAMPIRE INFORMATION EXCHANGE. (Note: The Pen Pal Network is for registered members of the VIE and/or TVE only).

4. A copy of The Vampire Empire Handbook when published.

5. Access to two e-mail HOTLINES. We'll always be here for you!

7. Invitation to the ANNUAL CHRISTMAS OPEN HOUSE to see our famous VAMPIRE-SANTA tree which has been featured in numerous national and international TV documentaries, magazines and various other publications. (Photo to registered members upon request).

THE COUNT DRACULA FAN CLUB (now THE VAMPIRE EMPIRE) was founded in 1965 by Dr. Jeanne Keyes Youngson, and has reigned supreme among Dracula Societies, offering its members numerous benefits including the opportunity to win rare books and other prizes by way of the club's frequent sweepstakes.

Our list of Patrons is impressive indeed, and includes Norine Dresser, Katherine Ramsland, Bernard Davies, and Dr. Arthur Roth who writes: "No other Dracula Society offers as many membership benefits, provides as many services, or furnishes as many creative outlets as THE VAMPIRE EMPIRE. The society promises to continue to maintain a delicate balance between the serious aspects of the vampire genre and a light-hearted approach, thus appealing to all age groups."

DO JOIN US! YOU'LL BE GLAD YOU DID.


A TRIBUTE TO THE PREZ

Nobody but nobody has done more for vampire fandom than Dr. Jeanne Keyes Youngson who founded the first, the only and the original Count Dracula Fan Club in 1965.

Youngson's involvement and influence within the vampire community defies belief. The thousands of vampire web sites dedicated to Dracula, Vlad Tepes, Bram Stoker and the vampire in general. are proof of the ever-growing popularity of the elusive Undead. And Jeanne Youngson was there first!

Youngson's fan club is the only Dracula organization to start and successfully maintain a Dracula Museum. Her turn-of-the-century "Worldwide Vampire Census" has been called the definitive survey of the New Age Vampire, while Private Files of a Vampirologist: Case Histories and Letters has been acknowledged as one of the best presentations of contemporary vampire "wouldbe's", published to date. The Research Library, founded by Youngson in 1969, now includes her personal collection of vampire, werewolf and Dracula books, and has been used by many famous authors and scholars unable to find relevant material elsewhere. And these are just a few of the accomplishments that make "The Prez", as Jeanne is known to both members of the society and those who work with her, a very special person indeed.

LONG LIVE THE PREZ, AND MAY SHE CONTINUE TO ENHANCE AND ENCHANT THE DRACULA SCENE AS SHE HAS FOR, LO, THESE MANY, MANY YEARS!

Way back in the dark ages, the 1960s that is, few people knew from vampires. Some avid horror movie fans were aware of the undead from seeing Hammer Studio's "House of Dracula" and "Bride", and of course the 'zine, "Famous Monsters" and the TV show "The Munsters": helped a bit. Still, vampires were not really de rigueur until the 1970s and '80s, when they began to capture the public's imagination in a big way.

Returning to the '60s, however, there was one person who did realize the potential lurking within the genre, and who actually did something about it.  On June 25th, 1965, Dr. Jeanne Keyes Youngson officially founded the very first Dracula Fan Club in the world! (She also established the world's first Dracula Museum, but more of that later).

Youngson tells of the time she first went to Romania on a guided tour, during which thoughts of Stoker's novel continued to run through her head. The Romanian guide delighted in telling members of the group about the one and only Vlad the Impaler, aka Vlad Dracula, who is still revered by many Romanians for his courage and nobility. (There is a framed picture of the voivode in the high school in Aref, Romania; 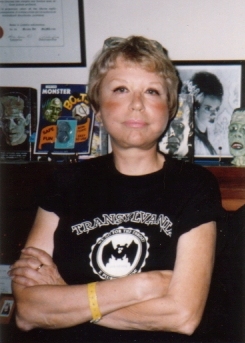 Youngson thought it interesting that Stoker would name his anti-hero after a nobleman who lived in a castle in the mountains and she determined to become further involved with the Dracula genre in some way.  It was at that juncture she decided to start a fan club dedicated to Stoker's sanguinary Count, Vlad Dracula and Stoker himself.  She mentioned this to her seatmate, an elderly Australian widower, who insisted upon becoming the first member of The Count Dracula Fan Club.

Youngson, who made preliminaary notes in Romania on how she would proceed with the society, had no trouble getting started. Positive and enthusiastic word-of-mouth advertising" helped build a substantial membership, and it was not long before the club was a force to be reckoned with.

In 1973, Youngson's husband, a two-time Oscar winning film producer, died unexpectedly. Youngson, fond of England since attending Oxford University some years before, decided to divide her time between London and the United States. For nine yeas the Count Dracula Fan Club operated out of two headquarters, one in America and the other, first in London and later in Cambridge, England..

In 1984 Youngson moved back to the United States, and continued to broaden and expand the fan club. The society annexed 15 divisions as well as several affiliated organizations, including an International Frankenstein Society, a Bram stoker Memorial Association and in 1985m, an Intl Society for the Study of Ghosts and Apparitions. 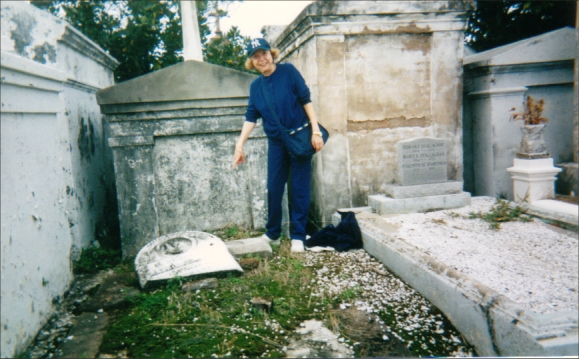 The photograph on the left shows Jeanne Youngson pointing to a spot in New Orlean's Lafayette Cemetery where an alleged vampire-ghost was "seen" as recently as 1989.

In 1990, Youngson established a Dracula Museum at #1 Fifth Avenue in New York,the first of its kind, with an enormous collection of horror memorabilia. Over 6,000 horror fans visited the museum from 1990 through 1999.  The Museum was moved to Vienna, Austria, at the turn of the century, where it remains to this day.

In the year 2000, the officers and president of The Count Dracula Fan Club officially changed the name of the society to THE VAMPIRE EMPIRE. The club, located in New York's historic Greenwich Village, continues to grow and thrive, thanks to the foresight of its president and founder, Dr. Jeanne Keyes Youngson, indeed a true vampire pioneer.
Text by Robert Q. Clark and James J. Martin