The Anthropology and Psychology behind “Extreme” Body Modification 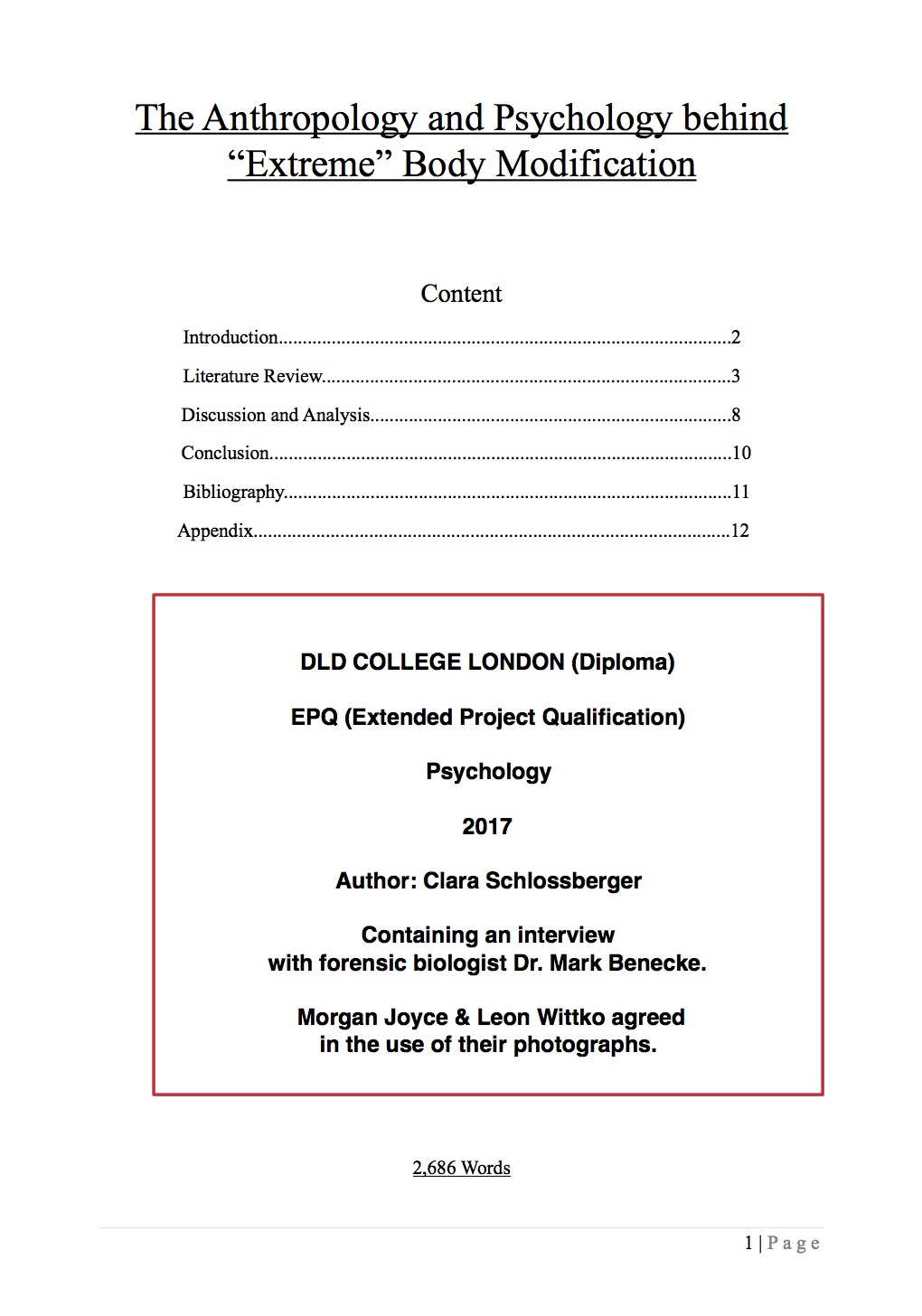 Transcript of Interview with Dr. Mark Benecke (via email)


What is your personal definition of “Body Modification”, both in modern and tribal/indigenous context?


Mark: I grew up with body modification in a time when there was no true difference anymore between (a) "modern primitives” (that was the title of the best known book then) and the work and art of Fakir from SF compared to (b) the modern, urban forms like suspensions in a mobile (i.e., human mobile built with several persons) and of course (c) the BDSM background out of which it all came. So to me, it is all one. In Manhattan, especially, where I lived in St. Mark’s Place (i.e., 8th St., i.e., East Village, of all places), the body modification studio across the street (Andromeda piercing) would give you any piercing literally in a minute, e.g. my PA.


The suspension people (sun dancers etc.) are still more spiritual than the girls and guys with implanted magnets and RFID chips (like me) but I think we belong all into one big family. When I talk at conventions or medical conferences, I always stress that the baseline of any body modification, including body building etc. is of course to claim or reclaim your body — all according to your mental profile.


What do you think sets apart “extreme” body modification from modifications that have become common on western streets (facial piercings, tattoos)?


Mark: I have absolutely no idea. My magnets, for example are good fun at kids shows, and no kid ever thought of them (or described them to teachers) as freaky or extreme. To them, it is interesting yet normal, a way to go, a possibility.


Stretched earlobes were not necessarily thought to be ‘extreme' but at least “something” for a while; nowadays, some people make a living out of “reducing” holes in earlobes for clients who now think that the stretchings are too extreme. Maybe it's just fluctuations of conservative vs. liberal values that happen all the time through history?


Also, in Germany, Tätowiermagazin decided not to cover the topic of body modifications much which was also an artificial split in my opinion. However, many tattooed people did (and still do) perceive tattoos not as body modification — so they were or became conservative in a way by defining tattoos as 'normal and accepted' even though they were not, and by defining the ’new shit’ as more crazy, more extreme and less acceptable.


Mark: Yes. However, there are many people in the allegedly ‘normal' population who have the same issues. So...


Do you believe that body modification is equated to self-mutilation?


Mark: Yes, I hear that a lot. No, I do not know exactly where this idea came from. Keith Alexander whom I knew and who did a lot for the urban, modern body modification scene, said that piercings (and I add in his sense, because it was often synonymous then: body modification) heal wounds you cannot see. Even twenty years later, I experience this to be true when talking to people with body modifications.


If not, where would you draw the line between modification and mutilation?


Mark: A body mutilation is something you will be either ashamed of afterwards, or you use it as a weapon against yourself or others, or you limit yourself through the modification instead of expanding your mind or body or both.


Do you think that Body Modification can be called an “art form”? Why/why not?


Mark: Most certainly because Stelarc just did that experiment very early, decades ago, and it worked even in art galleries. People reacted as to other art forms, and he sparked quite a discussion. So his work alone proves experimentally that body modification may or can work as art.


Also, AMF (Louis Fleischauer) does incredible shows that mix sound with body modification, visual experiences, beautiful craftsmanship etc., so that is also art at it s best -- probably, if you will, in the tradition of Stelarc.


As in tattoos, not all is art of course, and not all wants to be art.


A cup of coffee can be quite fancy but it can also be just a quick and dirty start in and into the morning. Kind of like tattoos, body modifications, drawings...they can be rough and quick or skillful and spirited.


Can you explain the stigma of those with unusual modifications?


Mark: I have not heard that recently. Maybe I do not know persons with such unusual, very conservative views? Scientifically, it is known for a century that such beliefs are not based in reality, please if you wish translate from here.


Do you have any anecdotes of stereotypes/hardships you had to face as someone with body modifications?


Mark: The most and most constant chitchat emerged when I still wore any socks I found — i.e., often two different socks — in my Birkenstock sandals at my first internship, and later my Ph.D. lab thesis at an Institute for Legal Medicine in Germany. 'Socks in sandals' was already something but two (sometimes) different ones — that was too much. I kid you not, that was the first and last time I got comments I am aware of concerning any unusual halfway bodily ‘modifications’. Also, in summer, people often comment that I look thin (truth is that I just wear less clothing in summer).


How did indigenous body modification transition into being (mostly) accepted in contemporary/western culture?


Mark: That is very hard to tell. When I lived in Manhattan, I could still order magazines from Fakir (from him personally) from SF but I never saw him at the East Coast.


The high time of the Gauntlet piercing shop in Manhattan (I can only speak for Manhattan) were probably over coz other shops had already opened and were sometimes cheaper and not as clearly related to subcultural (but more to ‘cool’) contexts, e.g., Andromeda existed already.


Gauntlet of course originally got the money from Dough Malloy, i.e. via the gay subculture SF thing, and probably this is how the 'modern primitive’ idea (from Fakir as the most prominent person who also did very good photos since he was a young man, i.e., far pre-internet) came to the East Coast.


My guess is that Manhattan made the whole thing a little more profane, ‘normal’ and party-oriented even in non-gay, non-spiritual environments.


Still, my friend Essie did most of her scarifications in a "spiritual” way with esoteric, relaxing music, a feather to touch her, etc. even though she did not come from that background — so the shift probably came at the end of the 1990s due to a change in generations, and by mixing ideas that had been around with new ideas and habits.


Why do you think there is a negative stigma towards those with unusual modifications?


Mark: Maybe it comes from a world view or character trait in which new experiences frighten somebody, and the frightened person then tries to feel superior and "safer" by devaluing the person with the new or unusual trait?