Book News: Vampyres among us 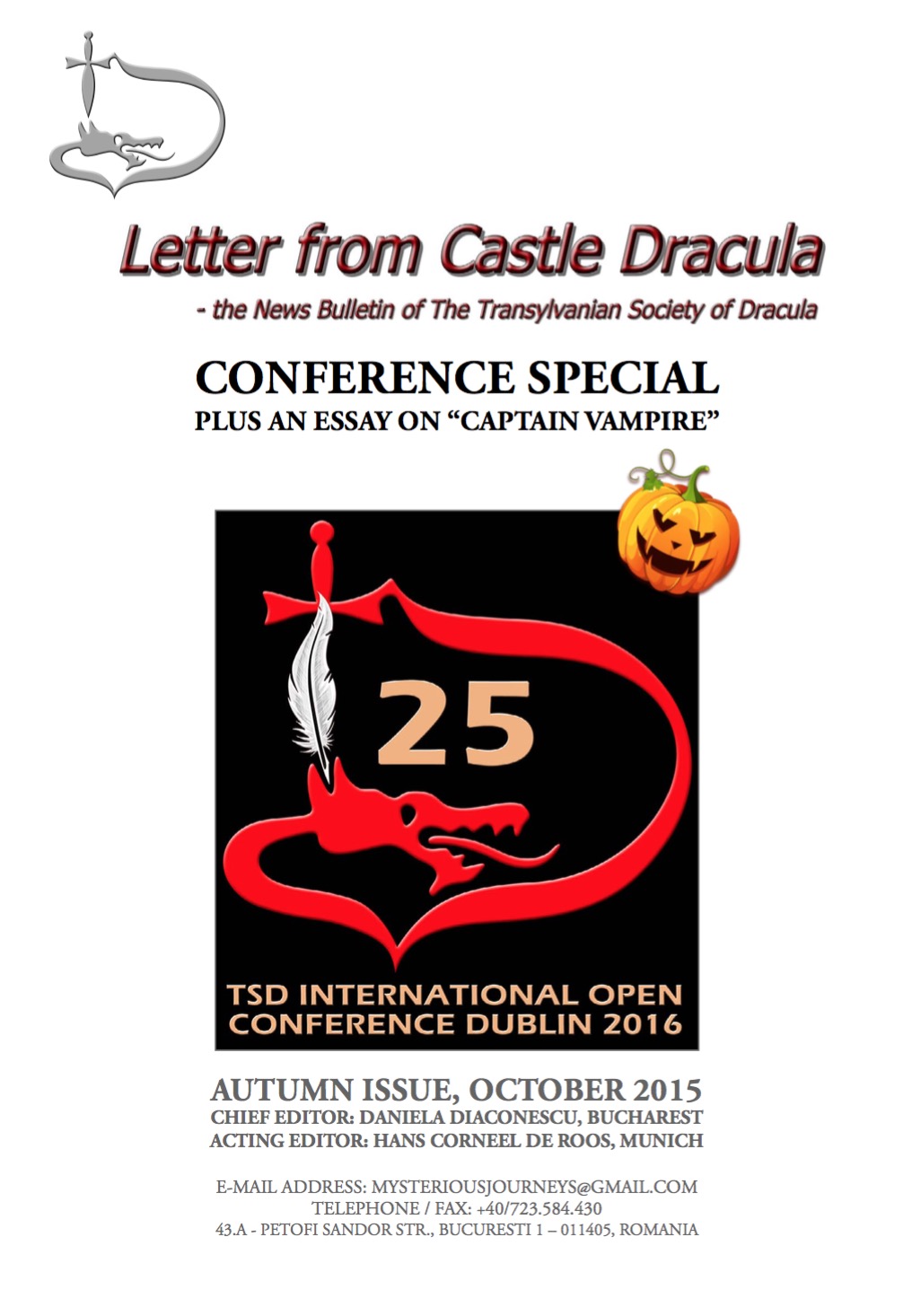 Shortly after delivering a fascinating presentation on “real vampires” or “vampyres” at the BBEC Conference, Mark Benecke and Ines Fischer sent us their new book Vampyres among us – Volume III for review, with a study conducted by Ines Fischer. It is clad in a glamorous cover in stylish black-and-red design and published by Edition Roter Drache (www.roterdrache.org); it also bears the logo of the Transylvanian Society of Dracula – German Chapter. The edition is limited to 400 copies. A few issues are still available through Amazon.


The introduction explains that vampires do not only exist in the novels by Bram Stoker and his colleagues, but also in real life, as normal – or not-so-normal – people who identify themselves with the vampire role. This can vary from innocent schoolgirls who like to use some extra kajal around the eyes or roleplayers who only suck blood in their fantasies, to persons who attempt to draw energy from their victims or actually drink blood. This study only addressed persons who had consumed blood (or felt a lust for it) and shows that human blood is clearly preferred over animal blood. This human blood can come from conserves or from friends who willingly donate it – but in the German- speaking online community organised by Ines Fischer, 12% of the interviewed members have made the step to prick a partner with a needle or making a small cut with a razor blade unasked. In the large majority of cases, this was part of an erotic role play and none of the partners involved did experience this as an assault. The borders with other subcultures are floating and there also may be an overlap with certain pschychological conditions such as Asperger Syndrome or depression, or medical conditions such as photophobia. But as the authors convincingly state: “It probably does not take us any millimetre further if we, like some vampyres, deny these overlaps or, like some psychologists, use them merely as a sorting aid. An identity is an identity, whether as a biologist, male, female, cowboy enthusiast, men‘s talor, pipe fitter, family man or rose breeder.”


Mark and Ines therefore plead to discuss the vampyre phenomenon “in an open, free, objective and veriable manner” and not to be guided by prejudice – such as believing that only young people would pick this path or that they must be imitating horror movies. As already demonstrated in Timișoara, there are people who discover their vampyre identity only in their late twenties or even later, while there are others who indulge in blooddrinking fantasies even before sexual maturity, and still others who keep up their identity for a long time after having discovered it as teens or twens. The large majority of interviewed members, however, for the first time felt a lust for blood between the age of 13 and 17, the awaking as a vampyre thus overlapping with a a period of emerging sexual desires. Another interesting fact is that the interviewed members of this community have a higher-than-average education.


The book reproduces the questionnaires filled in by 100 participants and presents an evaluation of these data, looking at region, age, gender, sexual orientation, preferred rituals, choice of donor, safety measures, frequency and volume of blood consumptions, emotions before and after consuming blood, participation in other subcultures, sleeping patterns, sensitivity to light and noise, social mentality, etc. Although the sample of 100 is not large, the authors made sure that the questionnaires were only accessible to members in relevant online groups, that only completely filled out questionnaires were taken into account and that “posers” were sorted out. Both the questions and the answers thus come from persons with a truly sanguineous interest in the issue. Recommended for all with a lust for blood – or knowledge.